Email Us Get Directions

What to Watch For

Does your vehicle experience any of the following?


If so, your vehicle may need one or more catalytic converters replaced. Catalytic converters are one of the key components of your emissions/exhaust system. By keeping your vehicle in good operating condition and performing routine maintenance will help prevent major repairs and/or breakdowns. Help keep your car running smooth, quiet, and efficient by having your exhaust system checked out at least once a year. Today is a good day to take advantage of Exhaust Works On Broadway's free exhaust system inspection! Call us at 520-318-9406 or request an appointment.

Thermal Failure Can Destroy A Catalytic Converter
A converter can be destroyed by excessive heat. Since there are NO MOVING PARTS in a converter the usual suspect is fuel contamination, the result of an engine operating system failure or malfunction. When the vehicle is running in a rich air-fuel mixture condition, unspent or raw fuel (HC) along with carbon monoxide (CO) is pumped into the converter through the exhaust system. The oxidation or burning process of the raw fuel continues unchecked, raising the internal temperature of the converter to a point where the converter matting and substrate are destroyed. The conditions of "thermal failure" prohibit the converter from storing oxygen thus setting off a PO420 diagnostic trouble code.

What Can Render A Catalytic Converter Inefficient?
Poor vehicle maintenance is a major contributor to the creation of conditions that eventually lead to converter inefficiency. With a dirty air filter, a lack of scheduled oil changes, severe driving conditions, poor fuel, and short trips, you have the makings for an inefficient catalytic converter. Eventually a combination of these conditions can increase carbon accumulation in the combustion chamber leading to higher combustion temperatures and compression ratios. The result is excessive NOx output by the engine. Combine excessive NOx output with carbon fouling of the spark plugs and O2 sensors, the contamination or fouling of the catalytic converter and you have the ingredients for an emissions system failure. In short, the catalyzing metals in the converter are no longer exposed to the exhaust gases, and the converter is rendered inactive. The deactivation of the catalytic converter causes a reduction of O2 storage which is detected by the O2 sensor resulting in a PO420 diagnostic trouble code.


OXYGEN SENSORS 101
Although often overlooked while diagnosing engine and emission issues, the oxygen sensor is one of the most critical sensors in the engine management system of today's vehicles. The Engine Computer Module (ECM) uses the oxygen sensor(s) during most stages of driving conditions as a means of regulating fuel to ensure fuel economy is as high as possible while emission levels are at a minimum. Fuel economy and emissions are generally optimal at an air to fuel ratio (A/F) of 14.7 to 1. This is often referred to as the ideal or stoichiometric A/F. Today's catalytic converters also perform at their optimum at this ratio and begin to lose their effectiveness as the A/F moves away from 14.7:1.

How does the oxygen sensor work?
The most common oxygen sensor or zirconium dioxide or zirconia sensor is based on a principal very similar to a fuel cell in that at certain operating conditions it generates a small electric potential. The zirconia sensor is typically made of a ceramic cylinder plated with platinum electrodes that once reaches a certain temperature (light off) begins an electrochemical reaction with the oxygen in the exhaust gas as well as with the oxygen outside the sensor. The difference in the two is what generates a small voltage potential. This type of sensor is often called a narrow band zirconia sensor; other less common sensors are wide band (more accurate at 14.7:1 A/F) and the titanium dioxide or titania sensor. Although slightly different in operation, they all respond to the oxygen content in the exhaust gas.

How does the ECM use the oxygen sensor to regulate fuel delivery?
Once the oxygen sensor has reached its light off temperature, it begins to generate an electric signal that varies with oxygen content in the exhaust gas. When the A/F is lean (higher than 14.7:1), there is excess oxygen available in the exhaust gas. The difference between the oxygen in the air and the exhaust is less, delivering a smaller voltage of around to 0.2 volts or 200 millivolts. When the ECM sees this lower voltage, it increases the fuel deliver to enrichen the mixture. As the mixture approaches 14.7:1 the voltage generated is about 450 millivolts but the sensor is extremely sensitive to changes in air fuel ratio around this point so it typically "over shoots" and becomes slightly rich. The voltage during a rich condition typically approaches 800 millivolts due to the larger differential in oxygen of the exhaust compared to outside the sensor. As the ECM detects this higher voltage is reduces the amount of fuel and the cycle starts all over.

How can I tell if my oxygen sensor is ok?
Today's sensors are quite sophisticated and rarely require replacement unless they are brought outside of their operating window due to engine malfunction or contamination. On OBD II equipped vehicles, the ECM monitors 02 sensor voltages and triggers a check engine light if the voltages fall outside a predetermined value. A bad sensor is reasonably easy to diagnose with a common scan tool. The voltage of the front sensor should fluctuate rapidly from approximately 200-800 millivolts, if it does not or does it slowly, chances are the sensor is bad. However, it is very difficult to detect a functional but degraded oxygen sensor. They do however, even during perfect operating conditions, degrade over time due to the depletion of the platinum electrodes inside the sensor. As they degrade, the output voltage is reduced and as the output voltage is reduced, the ECM compensates from what it reads as a lean A/F ratio, compensating by adding more fuel. An increase in fuel consumption not remedied by a tune up often points to an oxygen sensor that has deteriorated.

Common causes for failure
The more common causes are over temperature due to faulty engine controls and excessive exhaust gas temperature, silicone contamination from gasket sealers or antifreeze and soot from engine oil or rich air fuel mixture. It is important to realize that, particularly on applications were the catalytic converter has failed and is replaced, that whatever "killed the cat" most likely had the same impact on the oxygen sensor. It is also not advisable to replace only the sensor behind the converter as a degraded less active front sensor coupled with a new highly active rear sensor can promote a check engine light for catalytic converter failure. 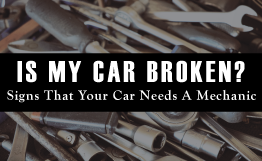 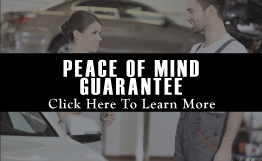